Showing as part of Craft Contemporary, Objects That See: Alan Constable is an online exhibition of Constable’s iconic clay cameras.

Legally blind, Constable works with his pinhole vision to create expressive optical devices – his cameras as centre-piece. Constable works closely with 2D and 3D reference materials of cameras and other optical devices, committing the object to memory and then transferring it into clay. Sliced, rolled, moulded and smoothed, his cameras bear the maker’s fingerprint in the undulating clay surface, accentuated by the pooling of shiny, vibrant glazes in the surface.

Constable’s enduring fascination with ‘objects that see’ began when he was eight years old when he created camera sculptures from cereal boxes. In 1987, Constable began producing his optical art objects at Arts Project Australia in Melbourne. His solitary practice involves holding reference materials millimetres from his eyes as he traces and touches the surface before intuitively rendering his observations in clay. He works quickly, building and assembling each camera component —body, lens, viewfinder, buttons, handles and straps.

Each camera is a portal into his mind’s eye, inviting us to look through his exaggerated viewfinders to explore different ways of seeing. Artist Profile ruminates, “Playing with the function of photography; the artist self-reflexively captures the object that captures the image. He reaches beyond the recording function of the camera to expose the simple beauty of its form. In this way, the works are about distilling revelation from concealment”.

Alan Constable, b 1956 Melbourne, is an established artist renowned for his ceramic cameras that reflect his life-long fascination with old cameras. Constable has worked at Arts Project Australia since 1987 and held his first solo show in 2011. He has presented solo and group shows at Andrew Baker Art Dealer, Brisbane; Darren Knight Gallery, Sydney; South Willard, Los Angeles; National Gallery of Victoria, Melbourne; and MADMusée, Belgium. His work is held in the National Gallery of Victoria and The Museum of Everything in London. He is represented by Darren Knight, Sydney; DUTTON, New York; and Arts Project Australia, Melbourne. 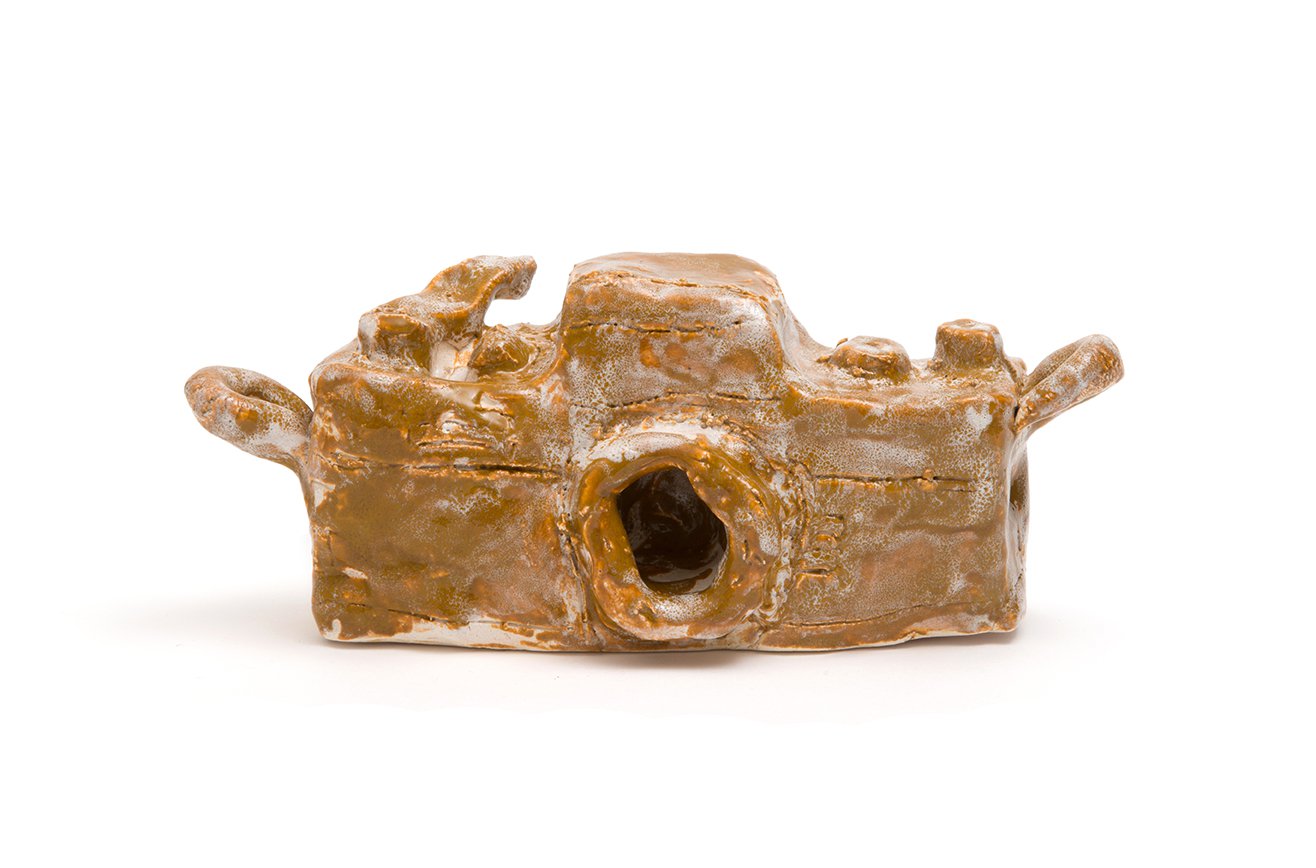